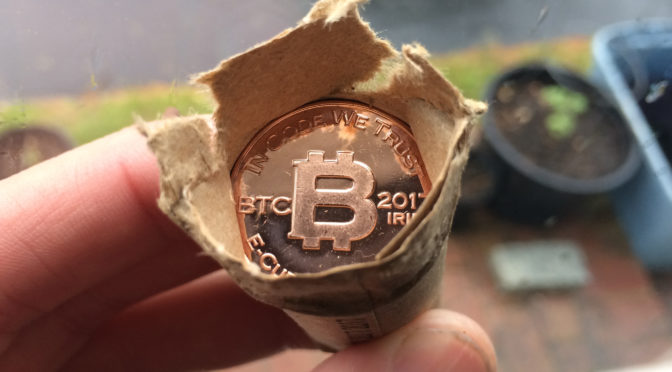 The Bitcoin Penny is a really fun example of this. Introduced in 2015 by the Bitcoin Penny Company out of South Carolina, they’re simply copper penny-like coins with a big bitcoin “B” on the front, and “bitcoin” spanning the globe on the back.

Why? Well, why not? Lighten up! These are inexpensive, attractive tokens that would be great to hand out at a conference or talk, at a party, at holidays, in a gift bag, as a conversation starter…  the possibilities go on and on. And, of course, they’re a great item to add to one’s collection.

Eventually, though, things come full circle, and in 2017 they introduced a DIY version which is entirely blank on the back, and comes with special Bitcoin Penny holograms so that you may, if you choose, print your own private keys and seal them up on the back of the coins.

Even better, you can buy them by the roll! Make a whole batch and fund them with whatever you like, hand them out and spread the word.